I'm not sure I remember how to do this.

This must be how Elvis felt during the '68 comeback special.  Come to think of it, I have put on a few extra pounds.  Do me a favor, if e'er I should be honored with a postage stamp -- posthumously or humously(???) -- please vote for Young (skinny) Bone.

Actually, some people called me Elvis in 9th grade.  And by some people, I mean, my entire class.  It's a funny story, really.  And by funny story, I mean I still cringe whenever I think about that year.

It was 1988.  The "Elvis & Me" made-for-TV movie was coming out.  My hairstylist uncle had given me a haircut, which turned out to be more of a hairdo.  One which evidently resembled that of Graceland's most famous owner.  I also curled my lip when I smiled.  I'm not really sure why I did that.  Like if I'd always done it, or if the hairdo brought it out magically.  Either way, no one was happier to see 10th grade (and return to my usual 68-year-old barber) than me.

Anyhow, getting back to the gist of why I haven't blogged in nearly three months.  Here it is: I've been busy.

Oh sure, Bone, we're all busy.  (That was you talking. You follow?)

So when I picked back up the second job I had last summer doing web updates for a non-profit, in addition to the freelance writing gig I still have, my regular full-time job, and mowing, well, Bone as you knew him ceased to exist.

Golfing Bone.  Making-up-Fake-Onion-stories Bone.  Napping-more-frequently-than-a-Kindergartner Bone.  That Bone is dying.  God, I hate to see him go.  But he had a good run.

I was hoping to not do any lawns this year since I already had a second and third job.  But one of my clients from last year texted to see if I was going to mow again.  Not wanting to disappoint anyone (except girlfriends, I'm used to that) because everyone has to like me, I said I would.

Oh, also there was a little matter of fearing I was going to be evicted, followed by my own personal version of Property Virgins, making an offer on two houses literally hours after they'd sold, then pulling an offer on a third before everything finally worked out on house number 4. 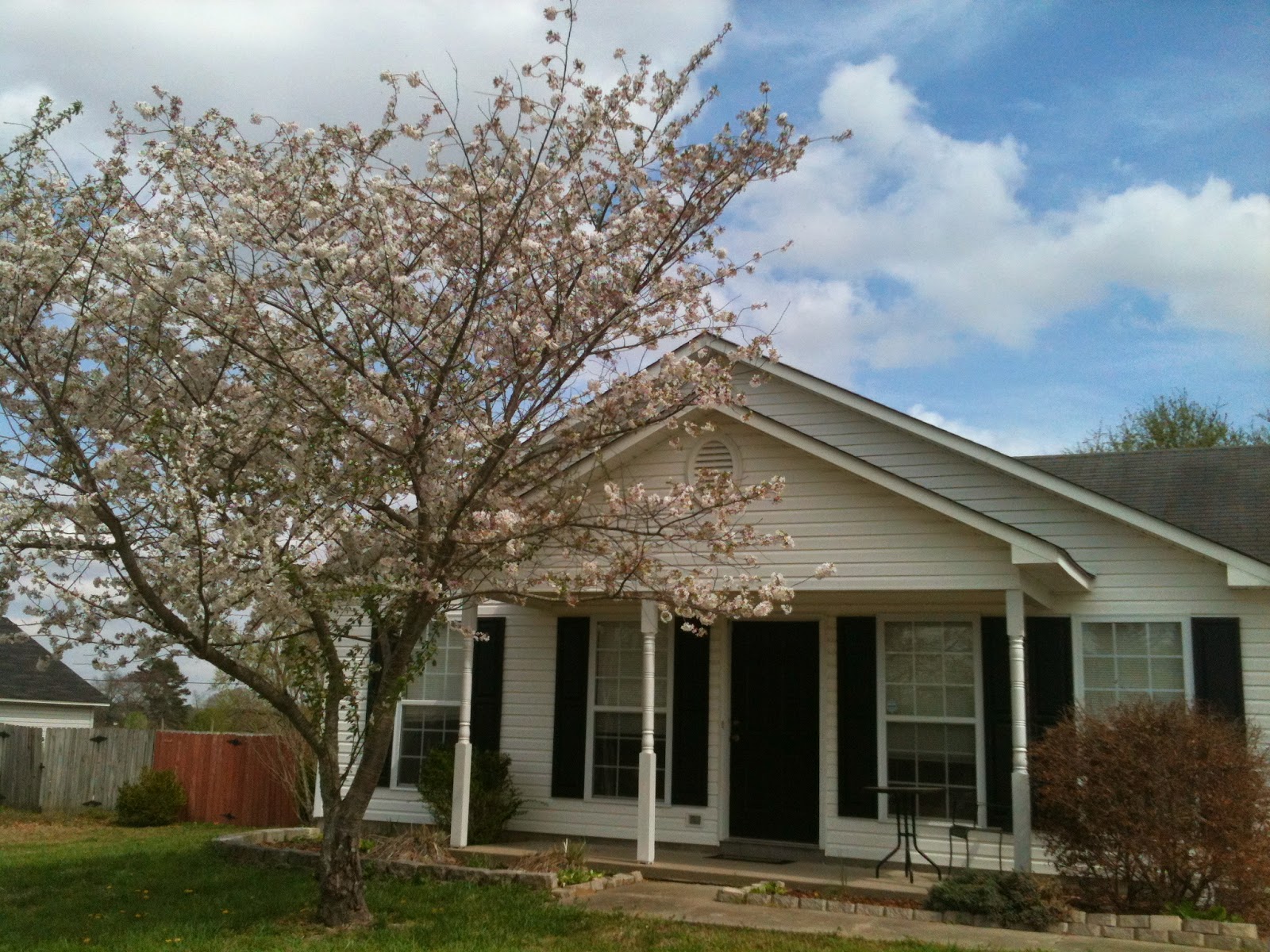 So yeah, I finally lost my virginity.  I'm a homeowner.  Or, will be in 359 more easy monthly installments.

The year hasn't been without its share of tragedy, though.  First, I got a speeding ticket on the way to mow the yard I hoped I wouldn't have to mow for (allegedly) doing 45 in a 30mph zone.  I'm such a danger to society!  Sleep well, America, knowing that your hard-earned tax dollars are going to protect the streets from people driving 45mph.

And most devastatingly, I saw a 24-game Words With Friends winning streak come to an end.  Lost to an ex-girlfriend.  And not even the smart one.  This is why you shouldn't maintain contact with your exes.

But it hasn't all been disappointment.  I mean, we found out that Ted and Robin did wind up together in the end.  (Suck it, Barney!)  And I landed a side gig playing the Easter Bunny at a children's store. 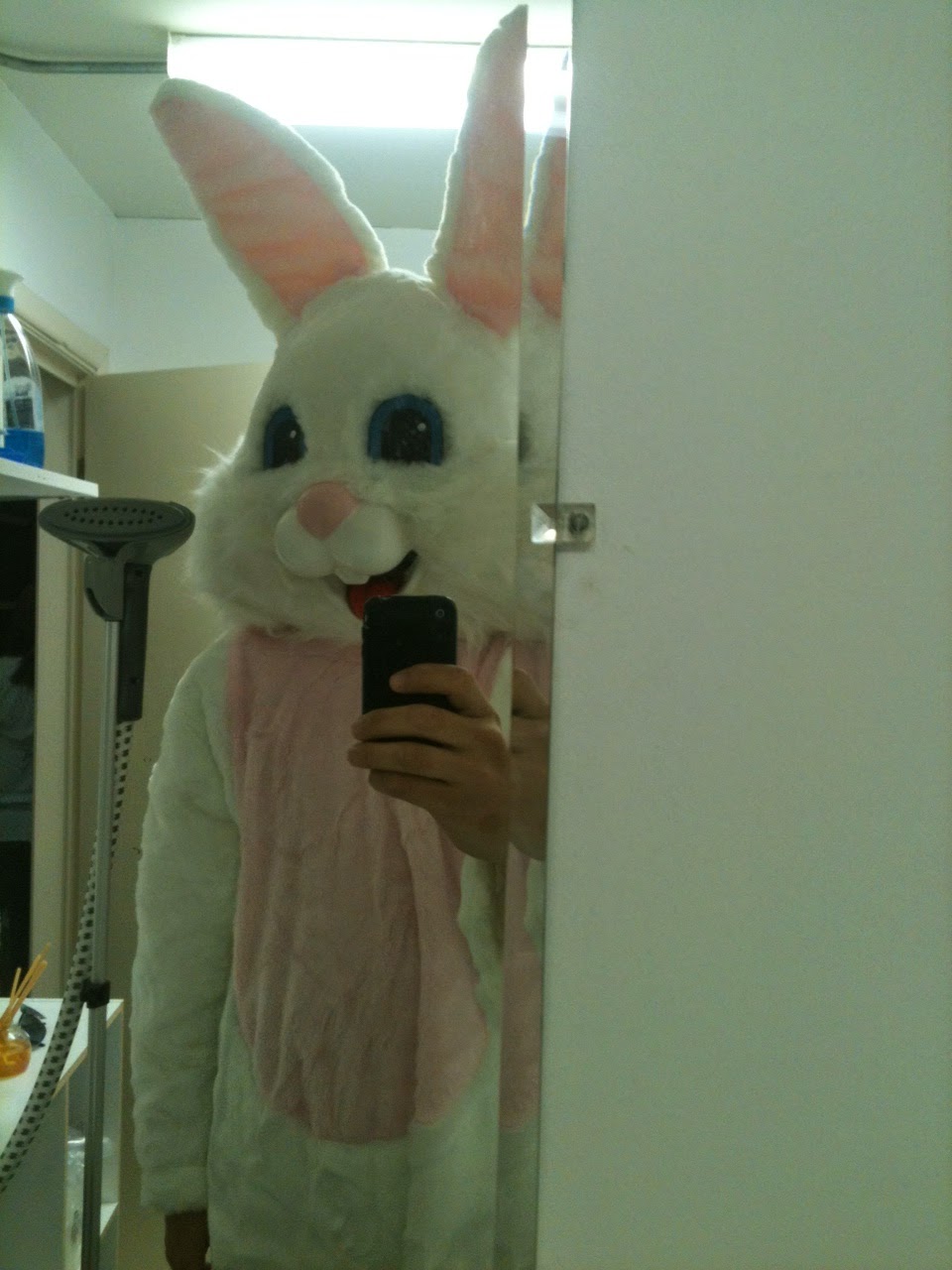 Yes, that's an Easter Bunny selfie.  It's entirely possible my life has reached its pinnacle.

I suppose that's all for now.  I'm off to the Jungle Room.  OK, I don't really have a Jungle Room.  But we did paint the guest bathroom a color called "gentle pasture."  I spend quite a bit of time in there.

I like to think of it as my own little meditation garden.

"You can't drive through Talladega on a weekend in October / Head up north to Jacksonville / Cut around and over / Watch your speed in Boiling Springs / They ain't got a thing to do / They'll get you every time / Somebody take me home / Through those Alabama pines..."
Posted by Bone at 5/01/2014 09:52:00 PM